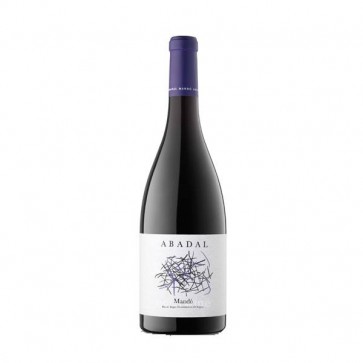 Once the most widely planted variety in that tiny Designation of Origin located at the heart of Catalonia, the Mandó vineyards were progressively abandoned during the first decades of the XXth century due to socioeconomic factors.

Fortunately, though, some years ago the Roqueta family, current owner of the Abadal winery, spotted some old Mandó vines and decided to make them productive again.

A slow, late-ripening variety with a distinctively floral character and a great capacity to reflect the nuances of the terroir, the Mandó variety is anything but a fruit bomb. This fact alone puts it in an entirely different category in relation to most Mediterranean varieties.

Harvested by hand and selected on site and in the cellar, Abadal Mandó 2018 was traditionally vinified and subsequently aged for 12 months, 40% in oak barrels and the rest in clay amphorae. After that, this Crianza red wine was bottled and aged for some time before its release.

Additional Information
Additional Information
Reviews
1 Review
mando
Value
Wonderful. Little fruit, but an explosion of flowers, brooks and forests. A treat.
Review by Coyote (Posted on 13 December 2018)
Write a review
This websites use cookies. By continuing to browse the site you are agreeing to our use of cookies.
Accept More information