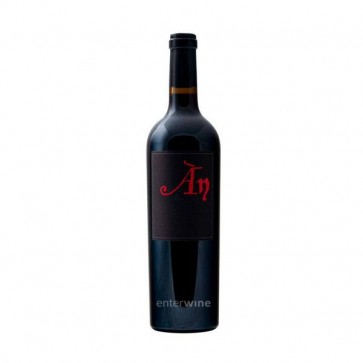 A rather unique wine, Ànima Negra ÀN was born with the aim of highlighting the remarkable qualities of the indigenous grapes from Mallorca.

Produced by Ànima Negra Viticultors, the 2017 vintage of this Spanish red wine is a single varietal Callet, Mallorca's most important native variety. Thus, the wine highlights more than ever its uncompromisingly local character.

All of the grapes come from vines between 40 and 60 years of age planted in poor soils with an abundance of ferric oxide.

Harvested by hand in little boxes, once in the cellar the grape bunches were destemmed and vinified in concrete tanks and in wooden vats.

After that, 60% of Ànima Negra ÀN 2017 completed malolactic fermentation in oak barrels, and the rest in concrete tanks.

Finally, this wine labeled as VT Mallorca was aged for 18 months in new French oak barrels.

Before its commercial release, it was aged for a further 2 months in tanks.

Decant this red wine from Mallorca 1 hour before drinking.

Additional Information
Additional Information
Reviews
3 Reviews
an
Value
Slightly overpriced, but nevertheless very good. A little less oak would do it a huge good.
Review by Great performance (Posted on 15 March 2019)
anima negra
Value
Big fan of mallorca wines. This and Gallinas y focas I have found particularly interesting. This has more substance and it will live in the bottle a good 6 years.
Review by Atreyu (Posted on 2 July 2018)
black label
Value
A favourite from Majorca. Classy, bright and fragrant. Silky body, with a controlled use of oak. Spices, flowers and a long aftertaste.
Review by Colin ET (Posted on 6 November 2017)
Write a review
This websites use cookies. By continuing to browse the site you are agreeing to our use of cookies.
Accept More information