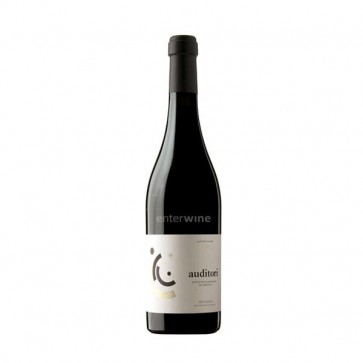 For those still unconvinced, Auditori proves again that Spain is Grenache's dreamland.

This single varietal Spanish red wine is made from 70 to 90 year old vines grown in some of the best plots in Montsant. The vineyards are scattered over a patchwork of poor soils composed of sand, rocks, clay and slate.

A true terroir-oriented wine, the grapes of this old-vines Grenache were manually harvested. After that, they were macerated for 15 days, fermented in stainless steel tanks and gently pressed. The resulting wine was then transferred into new and 2nd year French oak barrels, where it completed malolactic fermentation and was aged for 13 months.

Prior to its bottling, Auditori 2016, by Acústic Celler, was not filtered or clarified to fully preserve its unique characteristics.

The remarkably quality of this red wine from Montsant is beginning to receive the recognition it deserves. Over the last years, it has been given some impressively high scores in first rate publications, such as the Decanter magazine.

Decant this organic red wine at least 1 hour before drinking.

Additional Information
Additional Information
Reviews
2 Reviews
Memorable red wine
Value
A Grenache to die for. The nose is otherworldly: the slate and the fruit make for a terrific combination. Lush and immensely fresh, it leaves one in awe.
Review by Ernst Lubitsch (Posted on 20 March 2019)
auditorio
Value
I read in Decanter that this wine was super good. I was certainly not disappointed. This is a fabulously intense and intoxicating wine. Will buy some bottles to store.
Review by Lex Bracket (Posted on 8 June 2018)
Write a review
This websites use cookies. By continuing to browse the site you are agreeing to our use of cookies.
Accept More information