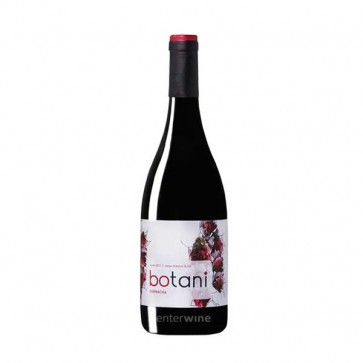 One of the interesting features of Botani Garnacha lies in the fact that it was the first single varietal Grenache made in the remote mountains of Málaga.

As always, the 2017 vintage of this Spanish red wine is produced from grapevines grown in a strictly continental climate, with harsh winters and dry, hot summers. Thus, the temperature oscillations allow the grapes to ripen slowly and steadily.

The vines are 25 years old on average. Planted in clay and slime soils at an altitude of 700 metres above sea level, they are located near the colorful town of Ronda.

As for the farming procedures, the Jorge Ordóñez winery is in the process of obtaining the organic certification.

Harvested by hand, the grapes of this red wine from Málaga were selected and fermented in stainless steel tanks under the careful supervision of Alistair Gardner, chief oenologist, and José Luis Chueca, winemaker of Bodegas Alto Moncayo and Bodegas Breca.

Drink over the next 5 years.