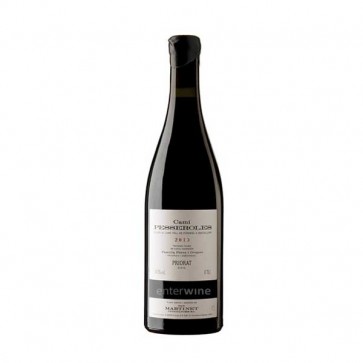 Simply put, Camí Pesseroles is one of the best, most radical wines produced in Priorat. Not surprisingly, this Spanish red wine was exquisitely crafted by Sara & Josep Lluis Pérez, daughter and father, members of one the most respected wine families in the region.

Uncompromisingly terroir-oriented, this organic red wine is a single estate wine made from vineyards located on the old road from Gratallops to Porrera, the spiritual core of Priorat.

A blend of Grenache and Carignan, the vines are almost 100 years of age, and they are planted in a soil made of decomposed slate and clay.

Harvested by hand, the grapes were separately pre-macerated and then fermented together in new wooden vats. After that, this wine of Mas Martinet Viticultors was aged in 30% new 225-litre French oak barrels for 20 months.

Finally, this red wine from Priorat was aged for a further months in the bottle before its commercial release.

Drink Camí Pesseroles 2016 until 2030. Decant a minimum of 2 hours before drinking.

Additional Information
Additional Information
Reviews
2 Reviews
cami
Value
Production of this wine has been veering towards a more "natural" approach lately. This is perfectly OK with me, because it is still a wonderful, expressive wine.
Review by Ross (Posted on 23 February 2018)
A gem
Value
I think this is a world-class red wine. Here, the typical blend of Priorat reaches incredible depth, grace and concentration.
Review by Al Bowlly (Posted on 4 November 2017)
Write a review
This websites use cookies. By continuing to browse the site you are agreeing to our use of cookies.
Accept More information