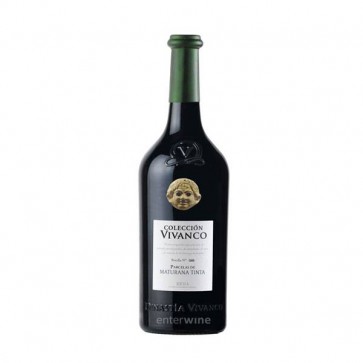 This varietal Spanish red wine is a noteworthy addition to the portfolio of Bodegas Vivanco.

A unique wine, Colección Vivanco Parcelas de Maturana Tinta is made from an almost extinct indigenous grape from La Rioja, called Maturana Tinta. Interestingly, the latest DNA profiling has shown that it might be an ancestor of Cabernet Sauvignon.

Finally,  Colección Vivanco Parcelas de Maturana Tinta 2017 was aged in new and 2nd year French oak barrels, where it was aged for 14 months, with periodic stirrings performed during the first 4 months.

Decant this Crianza red wine from Rioja 1 hour before drinking.