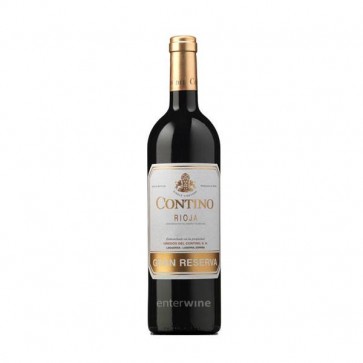 The 2012 vintage was considered "Very Good" by the Rioja regulatory board. It is a traditional blend of Tempranillo, Graciano, Grenache and Viura, coming from vines planted around the town of Laguardia.

The grapes were selected both on site and in the cellar. After being destemmed, they were fermented and macerated for three weeks in stainless steel tanks, where this Gran Reserva from La Rioja also completed malolactic fermentation.

After that, Contino Gran Reserva 2012 was transferred into American and French oak barrels. The ageing period lasted 36 months, after which this Spanish red wine was bottled and aged for a further 24 months.

We suggest that you decant Gran Reserva Contino at least 1 hour before drinking.

Properly stored, this Rioja red wine will live for many years.

Cheers
First Beronia, and now Contino. Two mighty Gran Reservas which I would drink at any time. Review by Lassiter (Posted on 09/09/2019)