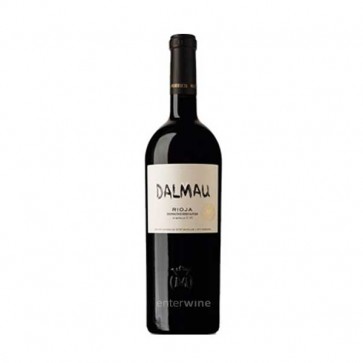 This is the new vintage of this high-end Spanish red wine. Produced by the Marqués de Murrieta winery, Dalmau Reserva is the winery's take on what has been called the "modern style" of winemaking.

The grapes come from "Pago Canajas", an over-100-year-old estate that surrounds the Finca Ygay winery in the traditional Château style.

In order to ensure superior quality, grape production was rigorously limited. Thus, yields were under 1 kilogram per plant

Harvested by hand and meticulously selected, the grapes of this reserve red wine were separately fermented for a period of 11 days.

The Tempranillo grapes were fermeted in stainless steel tanks, while the Cab. Sauvignon and the Graciano completed the process in little oak vats.

Then this wine from Rioja was aged for 19 months in new, Allier French oak barrels. After that, the wine was bottled unfiltered in October 2016.

Finally, Dalmau Reserva 2013 was aged for another 12 months in the cellar prior to its release.

Decant this red wine from La Rioja a minimum of 1 hour before drinking.