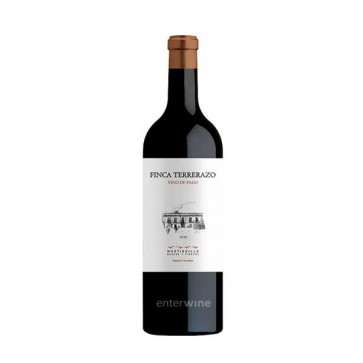 Sadly neglected for many years, Bobal is a late-ripening variety with high tannin content and a high natural acidity. Thus, it is ideally suited for making wines with a great ageing potential, particularly in the current climate change scenario.

Produced by Bodega Mustiguillo, this Crianza red wine comes from vines planted between 1945 and 1970 at an altitude of 800 metres. The unique personality of the terroir has gained the winery, a member of the Grandes Pagos de España association, the recognition of its own Designation of Origin, namely DO El Terrerazo.

The grapes were harvested by hand, selected twice, and separately vinified according to its plot of origin.

Bottled in June 2018, Finca Terrerazo 2016 was aged for 12 months in the cellar prior to its release.

We suggest that you decant this organic red wine at least 1 hour before drinking.

Additional Information
Additional Information
Reviews
2 Reviews
Bobb
Value
Go Bobal Go!! I read a couple of articles about the variety and decided to try this. I was not disappointed. Most interesting discovery!!
Review by Maher (Posted on 9 May 2018)
Bobal
Value
Nice discovery!! Super deep, dense and concentrated with a zestful tang.
Review by Terrific (Posted on 16 April 2018)
Write a review
This websites use cookies. By continuing to browse the site you are agreeing to our use of cookies.
Accept More information