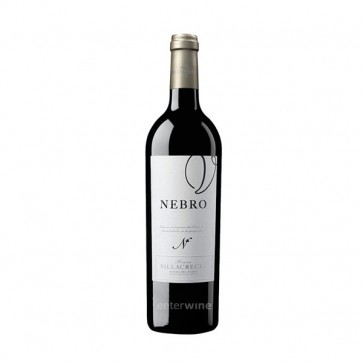 Only produced in exceptional vintages, this red wine is a single varietal, single-vineyard Tinta Fina coming from very old vines located in the town of Olmedillo, Valladolid, at the very heart of Ribera del Duero's "Golden Mile".

The vineyard is planted on a hill located at an altitude of 810 metres above sea level. Soils are composed of lime and sand.

Harvest of this exceptional red wine of Finca Villacreces was carried out by hand. Grapes were selected both in the vineyard and in the cellar.

After that, they were destemmed and fermented in stainless steel tanks.

Finca Villacreces Nebro 2009 will improve beautifully in the bottle for a minimum of 15 years.