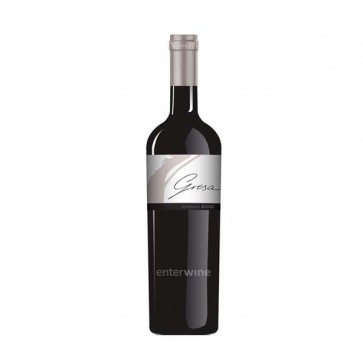 Produced by Vinyes d'Olivardots, Gresa Expressió is made from 4 different varieties planted in different types of soils, a fact that brings a remarkable complexity to the wine.

Namely, the wine is a blend of 38% old-vines, low-yielding Carignan vineyards grown in slate soils, plus 29% Grenache, 23% Syrah & 10% Cabernet Sauvignon grown in sandy and granitic soils-known in Empordà as Gresa.

After a meticulous harvest, the grapes were selected twice and, once in the cellar, they were cold-soaked and fermented in stainless steel tanks and French oak vats.

Then Gresa Expressió 2011 was drawn-off and aged for 18 months in fine-grained French oak barrels with periodic stirrings.

This red wine from L'Empordà was not clarified or filtered before its bottling. Finally, it was aged for a further 36 months in the cellar before its release.