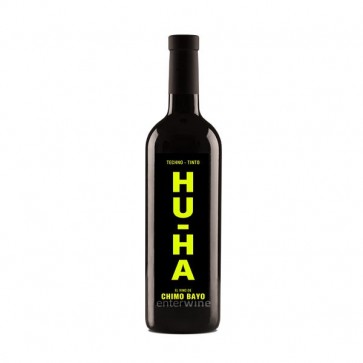 Barrel. 5 Months in American and Eastern European oak barrels
Percentage of Alcohol: 13º
Bottle size: 75 cl
D.O.: Valencia
Grapes Varieties: Bobal,
Wineries: Bodegas Arráez
90 90
Sign up to get notified when this product is back in stock

Produced by Chimo Bayo and Toni Arráez, this Spanish red wine is a single varietal Bobal, an indigenous grape from  the Spanish Levant.

It is made from vineyards planted in clayey soils at an altitude around 700 metres, growing under a Continental climate softened by the influence of the nearby Mediterranean Sea.

Drink this red wine from Valencia until 2020.

Incidentally, there is a mildly amusing story behind the peculiar name of this Spanish red wine produced in the Valencia DO.

During the 80s and the 90s, the region of Valencia was the center of the then emergent Spanish techno scene. People from all over the country gathered there to party hard, originating what became known as "La ruta del Bakalao" (Bakalao being the Spanish version of techno.)

Of the many DJs who became famous at that time, one name stood above the rest: Chimo Bayo. Today, his dance floor war cry is still remembered by almost every Spaniard over 40. That war cry was, as you have probably already guessed, HU HA!!