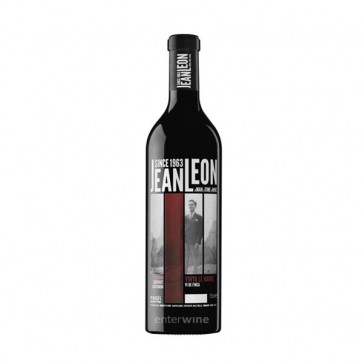 Reserva red wine Penedès. Blend of Cabernet Sauvignon and Cabernet Franc. 12 months in oak and 24 months in the bottle.
Reserva. 12 Months in French and American oak barrels
Percentage of Alcohol: 14.5º
Bottle size: 75 cl
D.O.: Penedès
Grapes Varieties: Cabernet Franc, Cabernet Sauvignon,
Wineries: Jean Leon
91 91
Sign up to get notified when this product is back in stock

The wine Jean Leon Vinya Le Havre was named after the French port from which the Spaniard Ceferino Carrión, later known as Jean Leon, left Europe as a stowaway on a cargo ship to pursue the American Dream.

This excellent Spanish red wine celebrates to the success of that adventure. A success that allowed Mr. Carrión, many years later, to found his own wine producing company.

A trypical Bordeaux blend of Cabernet Sauvignon and Cabernet Franc, this organic red wine is made from grapevines planted in 1968 in a Finca Le Havre, a 16-hectare estate composed of clay-limestone soils.

The harvest of this Vino de Finca (single estate wine) took place during the second half of October. After a meticulous selection, the grapes were destemmed and fermented in stainless steel tanks.

After that, Jean Leon Le Havre 2013 from Penedès underwent malolactic fermentation in French and American oak barrels, where it was subsequently aged for 12 months.

Finally, this Reserva red wine from Penedès was aged for 24 months in the cellar prior to its commercial release.