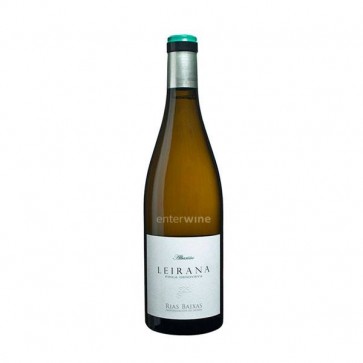 White wine made from old-vines Albariño in Rías Baixas, aged for 12 months in oak.

This is the new vintage of one the best and most sought-after Albariño wines produced in Rías Baixas.

Crafted by the respected Forjas del Salnés winery, Leirana Finca Genoveva 2014 is made from grapes coming from a single 1.5-hectare plot.

That plot is planted with indigenous white grapes -and also with some precious red varieties, such as Caíño.

Most of the vines are centenary, and some of them are over 200 years old.

This white wine from Rías Baixas was vinified in a most exquisite manner following minimal intervention techniques, quite similar to those used in days of yore.

Harvested by hand, the grapes were fermented using indigenous yeasts and aged in old French wooden vats for 12 months with no stirrings.

Before its bottling, the wine was delicately filtered and aged for a further months in the cellar.

Leirana Finca Genoveva was formerly known as Leirana Barrica, but it had its name changed for bureaucratic reasons.

Additional Information
Additional Information
Reviews
1 Review
genoveva
Value
High-end Albariño. Crips and super-fresh, with deeply mineral heart and a long finish.
Review by Hammet (Posted on 30 January 2018)
Write a review
This websites use cookies. By continuing to browse the site you are agreeing to our use of cookies.
Accept More information