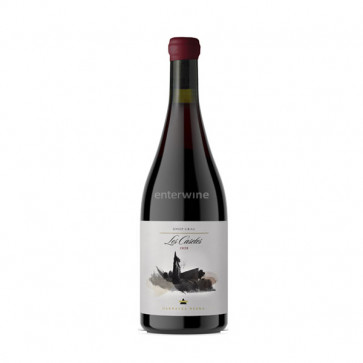 Single parcel red wine from Montsant. Varietal Grenache fermented in clay amphorae and aged for 8 months in French oak barrels and for 9 months in the bottle.

The latest addition to Josep Grau Viticultor's wine catalogue, Les Casetes 2020 is also his most ambitious effort to date.

Mr. Josep Grau sees this one-of-a-kind Spanish red wine, in which he has pushed his Burgundian approach to the extreme, as both a recapitulation of his winemaking career and a door to the future.

Situated at 200 metres of altitude and farmed following minimal intervention techniques and organic and biodynamic principles, the parcel has an interesting characteristic: one-half of it, oriented to the north, is composed of limestone soils; the other half, which is south-oriented, has clayey soils.

Hand-harvested and meticulously selected, the grapes were fermented in clay amphorae. Then Les Casetes 2020 was transferred into a single 300-litre French oak barrel, where it was aged for 8 months. Finally, it was aged for a further 9 months in the bottle before its commercial release.

Only 398 bottles produced. Grab one while you can!

Additional Information
Additional Information
Reviews
1 Review
Pricey, but worth it
Value
Catalonia never ceases to amaze me. This Grenache is on a par with some greats Garnachas from Gredos. Stunning effort!
Review by Friedrich (Posted on 26 May 2022)
Write a review
This websites use cookies. By continuing to browse the site you are agreeing to our use of cookies.
Accept More information