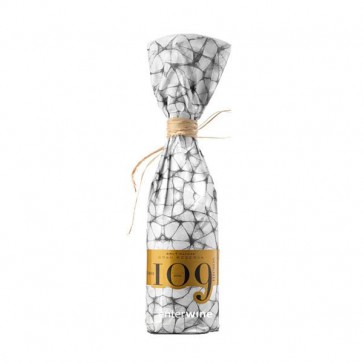 Produced by the Masia Can Mayol winery, Loxarel 109 Gran Reserva Brut Nature is a Clàssic Penedès spakler that dares to be different.

Made from 90% Xarel·lo, this Spanish sparkling wine is complemented with 10% of Chardonnay.

After a meticulous vinification carried out following the traditional Champenoise method, this long aged Cava was aged for 109 months prior to its commercial release.The reverence for tradition, though, stopped there.

First, this Clàssic Penedès wine was not disgorged before its bottling, which means that all of its fermentation lees are still inside. The cork and the metallic cap are the same that were put on the bottle when it began its long ageing process, more than 10 years ago.

The bottle also retains the patina accumulated for more than a decade, as the chief winemaker took the decision of selling the wine with the layer of dust that bears witness to the wine's long ageing process. This is why the wine comes wrapped in opaque paper.