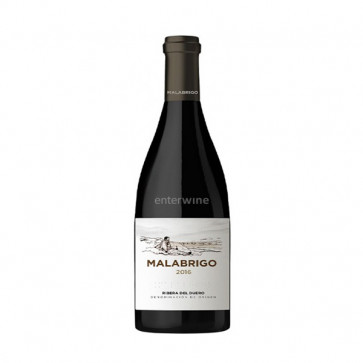 Produced in DO Ribera del Duero, Malabrigo is the flagship Spanish red wine of Bodegas Cepa 21, the wine project of the third generation of the well-known Moro family.

A varietal Tempranillo, the grapes are sourced from the Malabrigo vineyard, a north-oriented parcel with soils composed of sand, clay and cobble stones, situated at 800 metres of altitude, in a harsh area very exposed to the wind.

Hand-harvested and carefully selected, the grapes were macerated with the skins and then fermented under controlled temperature in stainless steel tanks.

After that, this red wine from Ribera del Duero was transferred into French oak barrels, where it went through malolactic fermentation for a period of 30 days.

Finally, Malabrigo 2018 was aged for 18 months in the barrels.

Decant this Crianza red wine at least 30 minutes before drinking.