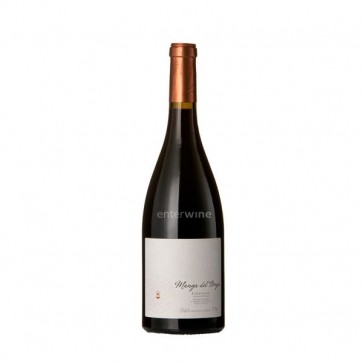 The Grenache grapes that dominate the blend are really special. In fact, they are the reason why the Master of Wine Norrel Robertson decided to settle in the remote, desolate mountains belonging to the DO Calatayud, in the northern Spanish province of Aragón.

Coming from extremely low-yielding vines grown at an altitude of 800 metres above sea level under extreme climatic conditions, when Mr. Robertson, better known as El Escocés Volante, discovered them he soon understood that they had the potential to produce first-class wines.

After the completion of all processes, this red wine from Calatayud was blended and aged in new oak barrels for a minimum of 5 months. Finally, Manga del Brujo 2017 was further aged for 18 months in the bottle before its release.

Additional Information
Additional Information
Reviews
3 Reviews
wizard's sleeve
Value
Unbelievable value. Stirring wine.
Review by Mc Farlane (Posted on 6 March 2019)
brujo
Value
Fabulous wine for less than 10 eur. Succulent fruit.
Review by Andris jonas (Posted on 26 July 2018)
Manga
Value
My man Norrel has crafted a hell of a wine. He takes the best out of the dry Spanish planes and then makes his Scottish magic to produce a delight such as this. Go Norrel go!!
Review by Proud Scot (Posted on 14 November 2017)
Write a review
This websites use cookies. By continuing to browse the site you are agreeing to our use of cookies.
Accept More information