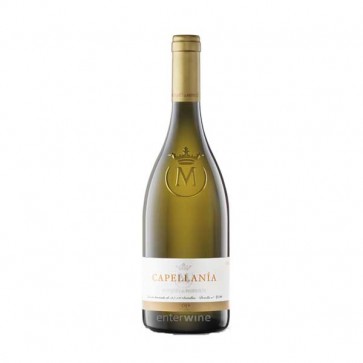 Reserva white wine from La Rioja. Old-vines Viura aged for 16 months in new French oak barrels and for 12 months in the bottle.

This age-worthy Spanish white wine is made from over 70-year-old vines located in the highest area of the Ygay estate, Pago Capellanía, located at an altitude of 485 metres above sea level.

It is made solely from Viura, arguably Rioja's most important white grape.

Manually harvested, the grapes of this white wine from La Rioja were gently crushed, after which the resulting wine must was drawn off.

Then this Reserva white wine produced by Marqués de Murrieta was fermented in stainless steel tanks for 24 days, and subsequently aged in French oak barrels for 16 months. Finally, it was aged for a further 12 months in the bottle before its release.

Additional Information
Additional Information
Reviews
2 Reviews
A capella
Value
After drinking this, I'm definitely digging into the unknown world of Rioja whites...
Review by White digger (Posted on 6 November 2018)
top white
Value
This is up there with some really great French whites. It has everything: texture, class, terroir, complexity and freshness. Besides, my experience tells me that you can cellar Rioja whites for ages and you almost never encounter any problems of premox, a very serious problem of Burgundy whites.
Review by Guy Fawkes (Posted on 18 January 2018)
Write a review
This websites use cookies. By continuing to browse the site you are agreeing to our use of cookies.
Accept More information