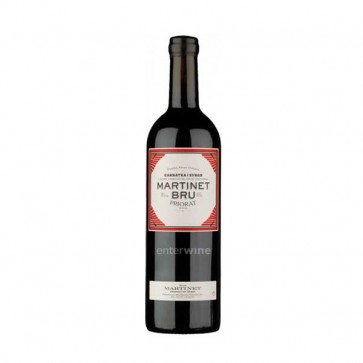 Organic red wine from Priorat made from Grenache, Hairy Grenache and Syrah, aged for 18 months in wooden vats and oak barrels.

This single estate Spanish red wine is made from Grenache, Hairy Grenache and Syrah, all of them planted in a plot called Mas Torrent, near the town of Falset, at the heart of DOQ Priorat. The soil is composed of tiny pieces of slate, the well-known llicorella, which gives the wine both freshness and an earthy, mineral character.

Produced by Josep-Lluís Pérez, who takes care of the vineyards, and his daughter Sara Pérez, responsible for crafting the wine, the grapes were harvested by hand and fermented in wooden vats with only a slight contact with the skins.

This delightful red wine from Priorat was neither clarified nor filtered prior to its bottling, so it may contain some natural sediment.

We suggest that you decant this organic red wine a minimum 1 hour before your drink it.

Additional Information
Additional Information
Reviews
2 Reviews
in love
Value
I'm passionately in love with Priorat. I cannot help it. There is something in the wines which triggers some sort of subrational area in my mind.
Review by Womack and womack (Posted on 5 February 2019)
Bru
Value
Ms. Sara Perez never ceases to improve her craft. This Priorat is precise as a swiss clock, but at the same time it feels completely natural, totally unconstrained. Pure, mineral and with many good years ahead.
Review by Babe Ruth (Posted on 4 November 2017)
Write a review
This websites use cookies. By continuing to browse the site you are agreeing to our use of cookies.
Accept More information