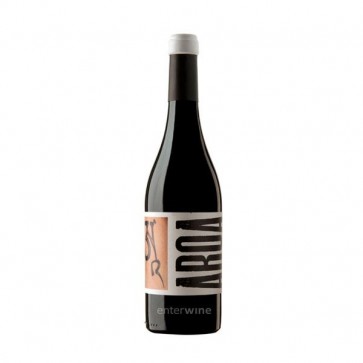 The family-run winery Masia Serra crafts artisan and traditional wines from its vineyards located in the town of Cantallops, a town near the Catalan-French border constantly swept by a harsh, implacable northern wind called Tramuntana.

The composition of this Spanish red wine, crafted by the Masía Serra winery in the rugged, dry hills of northern Catalonia, is different from previous vintages. This time, Aroa is a single varietal Grenache, coming from vines planted in 1961.

Produced in the heart of L'Empordà, the grapes were harvested by hand and carefully selected in the vineyard. Brought to the cellar in little boxes, they were destemmed, gently crushed and put into stainless steel tanks, where they completed fermentation and maceration. Finally, Masía Serra Aroa 2017 was aged for 12 months in new French oak barrels.

Drink this Crianza red wine over the next 4-5 years. Decant 1 hour before drinking.

Aroa, incidentally, is the name of the daughter of Jaume Serra and his wife, owners of the winery.

Additional Information
Additional Information
Reviews
1 Review
yes
Value
I'm beginning to understand Empordà. Similar to Priorat, not as intense though. The wines there are very mineral, but completely characteristic. This is not cheap, but it deserves a try. Intense and powerful, with a salty twist.
Review by Are you interested (Posted on 9 May 2018)
Write a review
This websites use cookies. By continuing to browse the site you are agreeing to our use of cookies.
Accept More information