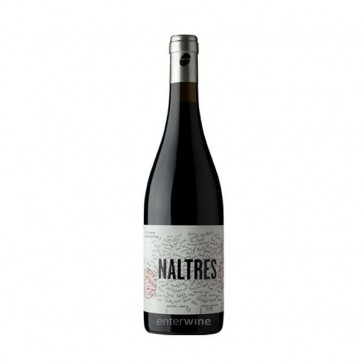 Produced by L'Olivera Cooperativa, Naltres (meaning "We" in the North-Western Catalan dialect spoken in the Lleida province) was the first Spanish red wine produced by the company.

Though its composition has varied over the years, it always included some international varieties in the blend. The 2016 vintage, however, is a combination of two local varieties only: mainly Grenache, complemented with some Carignan. Both come from vines located in Vall del Riu Corb, a subzone within the DO Costers del Segre

Harvested by hand from late August til October, this organic red wine was fermented and aged for 8 months in stainless steel tanks.

Finally, Naltros 2016 was aged for a further 18 months in the bottle.

Drink this red wine from Costers del Segre until 2022.

As a side note, it is worth mentioning that, for more than 20 years, L'Olivera coop has been doing the praiseworthy task of giving people with mental disabilities the oportunity to work, furthering their economic and social integration. That is the meaning of the "Naltres" name.

catalan
The blend of Cab and Grenache works really well. It is an unpretentious wine, but a very savoury one. Will buy again. Review by Nice wine (Posted on 27/11/2017)