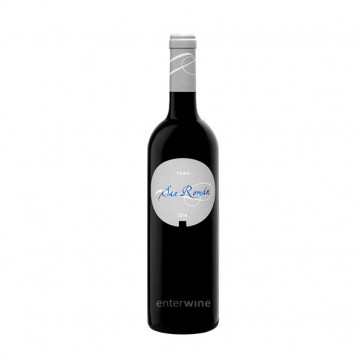 We are proud to present the new vintage of San Román, a single varietal Tinta de Toro crafted by the Bodegas Maurodos winery.

The 2016 vintage of this Spanish red wine from Toro was a very good one. After one of the rainiest winters in the last decades, consistently high temperatures during the summer lead to a harvest that took place throughout September.

The grapes come from medium-aged vineyards, most of which were planted in 1977. They grow in sandy and rocky soils under a continental climate, with great temperature differences between daytime and nighttime.

Harvested and vinified separately depending on the characteristics of the plots, the grapes were destemmed and fermented at a low temperature in different types of containers.

Macerated with the skins, the resulting wine must was gently drawn off and transferred into French and American oak barrels, only 20% new. This Tinta de Toro was then aged for 24 months, and clarified with egg whites before its bottling in late January 2019. Before its release, it spent a further 6 months in the cellar.

Decant San Román 2016 at least 1 hour before drinking. This is a wine that will grow over time.

roman
The 2015 vintage may not be as outstanding as the 2012 and 2013 ones. However, this is a wine which time considerably modifies, so I will store a couple of bottles in my home celler to see what happens... Review by Mercurial Freddy (Posted on 28/02/2019)
toro wine
A true discovery. Balance, poise and texture. Remarkably deep. It will age very well. Review by Free at last (Posted on 24/01/2018)