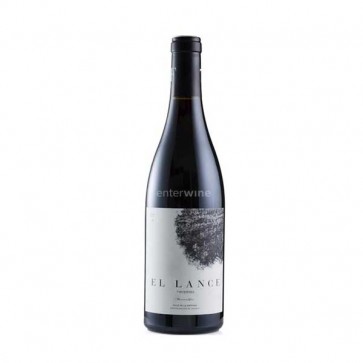 The blend of grapes that composes El Lance 7 Fuentes changes every year, depending on the specific characteristics of each particular vintage.

The 2016 vintage of this Spanish red wine from the Canary Islands is made from a blend of several indigenous grapes.

The vines are 60 to over 100 years old, and they are located at altitudes between 300 and 650 metres above sea level. They grow in purely volcanic soils located in the region of Valle de la Orotava, a factor that brings an exceptional character to the wine.

The grapes of this wine by Suertes del Marqués were separately harvested and vinified in little concrete vats and open cubes.

Then the wine was transferred into 500-litre oak vats, where it completed malolactic fermentation and was aged for 9 months on its lees.

Decant a minimum of 30 minutes before drinking.

canary wines
The Canary Islands are the next Xanadu of fine wines. There are many proofs. This is one. Review by Travolta (Posted on 23/08/2018)
red wine
This wine made me think of an Etna Rosso from Sicily. Very mineral, it is a breath of fresh air after so many mass-produced wines. Review by Canary islands (Posted on 02/08/2018)