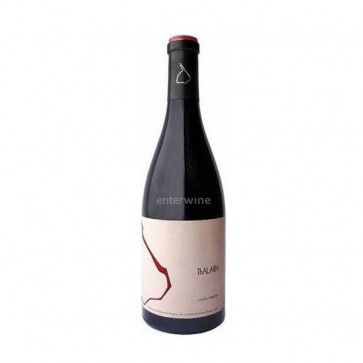 The remarkable Thalarn is a varietal Syrah crafted by the prestigious Raül Bobet. The former chief technical director at Bodegas Torres, Mr. Bobet, one of the world's most accomplished oenologists, currently divides his time between Castell d'Encús, his personal project, and the Ferrer Bobet winery in Priorat.

Located at an altitude of 900 metres above sea level, on the Catalan side of the Pyrenees, the 3-hectare estate is farmed according to the principles of organic and byodinamic farming.

Vinification of this Spanish red wine followed a complex and meticulous process. One part of the wine was macerated and fermented in stainless steel tanks, another part in oak vats, and the rest in open-air stone vats dating from the 12th century, hewn by the Hospitaller monks who at that time inhabited the area.

Subsequently, the wine was blended and transferred into 70% new French oak barrels, where it completed malolactic fermentation and was aged for 12 months. Thalarn 2017 from DO Costers del Segre was not filtered, clarified or stabilized prior to bottling.

We suggest that you decant this Crianza red wine some time before you drink it.

Additional Information
Additional Information
Reviews
2 Reviews
thalarn syrah
Value
I was taken aback by the elegance of this wine. World-class Syrah here.
Review by Tucker (Posted on 26 February 2019)
wine thalarn
Value
Impressive wine. Super deep and pure Syrah not entirely unlike those from the Valais, Switzerland.
Review by Chambord (Posted on 14 June 2018)
Write a review
This websites use cookies. By continuing to browse the site you are agreeing to our use of cookies.
Accept More information