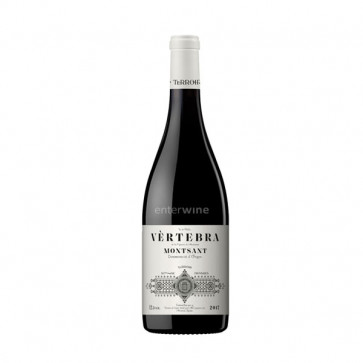 A few years ago, Dominik Huber, owner of bodega Terroir al Límit from Priorat, decided to expand into the neighbouring DO Montsant. He appropriately named his new company Terroir Sense Fronteres.

As it turns out, Mr. Huber's Montsant wines are at least as interesting as the ones from Priorat. In fact, one could argue that they show even more finesse.

Harvested by hand, the grapes were first destemmed and fermented for about a week with indigenous yeasts. Again, in order to reduce human intervention to the minimum, no pump-overs or punch-downs were performed during the process.

After that, Vèrtebra 2018 was aged in concrete tanks for a period of 6 months.

This is a sort of Montsant-meets-Burgundy Spanish red wine.

Aerate this Montsant red wine at least 30 minutes before drinking.

Additional Information
Additional Information
Reviews
1 Review
excellent
Value
D. Huber makes the most Burgundian - or perhaps I should say Gredo-like - of all Catalan Grenache wines. This feels fresh, pure and effortless. Very nice wine.
Review by Tokio-Ga (Posted on 20 September 2021)
Write a review
This websites use cookies. By continuing to browse the site you are agreeing to our use of cookies.
Accept More information