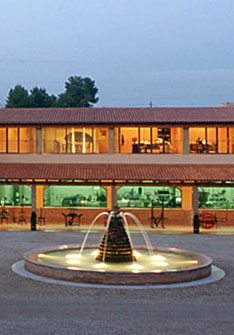 The Agustí Torelló Mata winery demonstrates their grand passion for their terroir and their utmost respect for traditional winemaking, with their excellent cavas and wines.

The Agustí Torelló Mata winery was founded in 1959 and with only two generations of winemakers this winery has already well-renowned for their high quality sparkling wines. All of the cavas by this winery are either Reserve cavas or Grand Reserve cavas. The founder of the Agustí Torelló Mata winery was none other than Agustí Torelló Mata himself. Agustí came from a family of winemakers and along with his own creative imagination as a musician; Agustí began a very precise production of cava. This was a family project and Agustí, together with his sister Carmen Sibill and her four children, this family has been crafting their brilliant cavas in Sant Sadurní d´Anoia inside of Alt Penedès, Spain.

With a very unique personality and numerous international awards, the cavas and wines from Agustí Torelló have become a grand success. All of this winery´s products that are crafted from the three classic grape varietals of the Cava D. O. in Spain—Macabeo, Xarel-lo, and Parellada—are cultivated from very old grapevines, in the respect of the grand tradition and terroir in this region. The cavas by the Agustí Torelló Mata winery are characterized by their grand elegance and marked complexity. This winery reflects their grand respect for the ageing time of their cavas and this is clear as each and every bottle provides information about its age and these bottles are also individually marked with their unique date of disgorgement.

One of the best successes and most well-known cavas of the Bodegas Agustí Torelló Mata winery in Penedès, is their Kripta de Agustí Torelló cava. This vintage of cava started in 1979 with its unique bottle that is reminiscent of a beautiful and ancient Roman amphora. The beautiful bottle also features artwork from Rafael Barolozzi. Furthermore, this cava presents a maximum expression of its three native grape varietals: Macabeo, Xarel-lo, and Parellada.

The white wines by the Agustí Torelló Mata winery are labeled as Colecció Terres wines. These white wines are crafted from the three different grape varietals Subirà Parent, Xarel·lo, and Macabeo. These grapes are cultivated at three different vineyards, each of which featuring a different terroir in very different regions of Spain (Cordillera Prelitoral, Depresión del Penedès, and Cordillera Litoral, respectively). To highlight the unique character and terroir of these wines, each of their labels provides information about the wine´s terroir.

The latest big news from the Agustí Torelló Mata winery is their Sólid vintage of cava. This is a pure expression of what cava should be with texture that perfectly integrates this cava´s effervescence. This grand cava was realized with the union between this winery and the restaurant Celler de Can Roca, which received 3 Michelin stars and was named the best restaurant in the world in 2013.