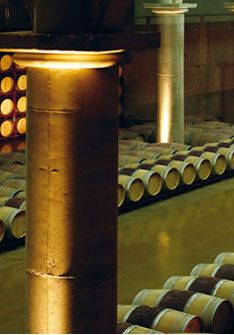 The Bodegas Basagoiti winery utilizes and extremely cautious vinification process to craft fresh and modern wines from the Rioja DOC of Spain.

Ramón Raventós Basagoiti, founded the Bodegas Basagoiti winery after many years of experience in the wine industry. This winemaking expert named his winery in homage of his mother using her surname, Basagoiti. Despite the fact that this winery was founded in 2001 it did not release any wine until 2008 when they believed their grape harvest and vinification processes had achieved the high quality that the wanted to be released on the market.

Just like all of the other wineries of the Parxet group, (Marqués de Alella, Bodegas Parxet, Bodegas Tionio, and Portal del Montsant) the Bodegas Basagoiti in the Rioja utilizes a very cautious vinification process in order to provide the most fresh and modern wines.

Right now the Bodegas Basagoiti winery is only producing three wines and these are all crianza aged red wines from the DOC Rioja. Nabari, the youngest wine of this family, is aged in its bottle instead of in barrels.