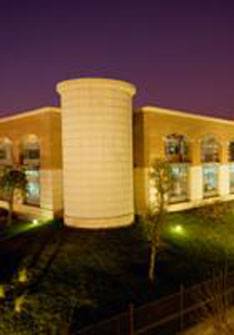 The Bodegas Mur Barcelona winery inherited the experience of the Bodegas Montesquius winery of Sant Sadurní d´Anoia, which was the birthplace of the Cava DO in Penedès. This winery began producing cavas in the early twentieth century. While this winery has changed owners a few times over the years they all share similar interests in the world of wine and they were all well-known for their cavas. In 1988 Robert J. Mur undertook the ambitious project of making this winery one of the best sparkling wine producers in all of Cava.

The Bodegas Robert J. Mur winery in Penedès has grand facilities with large subterranean caves for ageing making its potential output each year 7 million bottles of cava. All of these Reserve and Grand reserve cavas, as well as the future cavas of this winery, are aged in ideal conditions at the perfect temperature and humidity.

All of the cavas by the Bodegas Robert J. Mur winery are crafted from the traditional coupage of Penedès: Macabeo, Xarel-lo, and Parellada. The only exception is Brut Millesimeé which is a cava that incorporates Chardonnay along with Xarel-lo, and this cava was aged for 36 months.