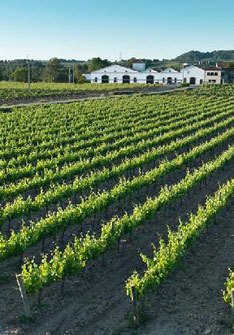 The Nadal family has a winemaking tradition that dates back to the sixteenth century and with their Finca Can Nadal winery in Boadella this family is currently crafting traditional cavas and wines from the Penedès region of Spain.

The Nadal family which founded the Finca Can Nadal winery in Boadella has a tradition of winemaking that dates back to the sixteenth century when Nadal Pere founded a vineyard in the Torrelavit municipality of the Alt Penedès in the province of Barcelona, Spain. This region is under the Spanish Denomination of Origin of Penedès. In the twentieth century, in 1941, Ramón Nadal Giró founded the Nadal winery with new facilities for winemaking and more land for grape cultivation. This expansion was somewhat limited due to the vast land demand that surged the region at this time sometimes referred to as the “land grab”.

Today, in their ancestral home, the Cavas Nadal winery and their cellars are surrounded by over 40 hectares of this winery´s own grapevines. This winery cultivated the grapes for their cavas, white wines, and dessert wines with the native what grape varietals Xarel-lo, Macabeo, and Parellada. These grapevines are very old and produce extremely high quality grapes. The Cavas Nadal winery also cultivated the red grape varietal Pinot Noir for the use in their wines blends and rosé cavas.

In addition to the annual vintages of extraordinary cava by the Cavas Nadal winery, this winery also produces excellent quality white wines from the noble white grape varietals Xarel-lo and Macabeo.