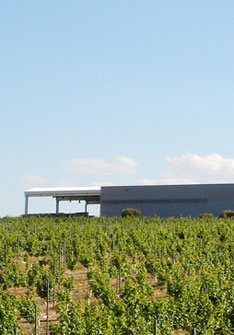 The El Albar Lurton winery is a project by the Lurton brothers in Spain which aims to craft distinctively elegant wines preserving the identity of the local terroir.

The Albar Lurton winery was originally founded by the Lurton Brothers, members of a distinguished French wine dynasty. After over ten years of working with their father, a man who owned seven Chateaux wineries in Bordeaux, France, François Lurton and his brother Jacques founded the Jacques & François Lurton society. The company started as a consulting firm to help other winemakers producing and marketing their wines. That was a very interesting period for the two young brothers, as they loved to travel the world and share their extensive knowledge about wine. After some time, they found the perfect locations where they believed they could produce original and high-quality wines. As a result, the brothers built wineries and purchased vineyards in the French region of Languedoc in the mid-1980s, and in Spain, Argentina, and Chile in 1992.

All of the wines by the Albar Lurton winery are crafted by a team of oenologists native to each country. The grapes used to produce the wines come either from estate vineyards, or from carefully selected local vineyards in the surrounding areas.

In the year 2007 the Lurton brothers decided to go separate ways and to run their wineries independently. Today the El Albar Lurton winery is being solely run by François Lurton. He takes a leading role in every aspect of winemaking, from the vineyard to the cellar. As a result, the El Albar Lurton wines continue to improve their quality each year. Today, the winery is producing the best products in its history.

When the Lurton brothers first began crafting wine in Spain, their original goal was to produce the best white wines of Spain. At that time, in the early 1990s, Spain was world-renowned for its incredible red wines, but the white wines were not as famous. The Lurton brothers then launched their white wine El Albar Lurton. They used their extensive knowledge of the past to craft this wine from Sauvignon Blanc grapes. However, as they were in the Rueda region of Spain they also decided to start working with Verdejo grapes, which are indigenous to the region. Soon after that, the Lurton brothers also began to experiment with Viura (aka Macabeo) wines.