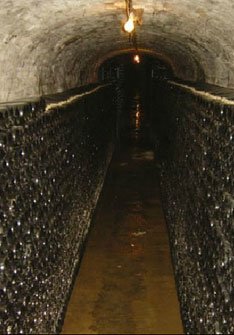 The organic Loxarel wines and cavas from the Masia Can Mayol winery present the grand tradition of the Penedès without ignoring modern day winemaking innovations.

The Masia Can Mayol winery of Vilobí del Penedès crafts the Loxarel vintage of wines and sparkling wines (cavas) in a fully organic manner under the Spanish D.O. of Penedès. Twenty-five years after their induction to the Cava D.O. of Spain, in the late 1980s, the Masia Can Mayol winery decided to leave the Regulatory Board of Spain to craft their products in their own manner to represent the pure identity of their terroir and craft traditional sparkling wines from the Penedés without the very limited boarders of the Cava D.O.

Furthermore, Masia Can Mayol was also able to incorporate Sumoll and Grenache Blanc grapes into their sparkling wines, which is also currently not permitted under the Cava D.O. This winery was then also allowed to use further quality control practices and they are presented under the Penedès D.O. which maintains the same minimum ageing process of 12 months in Rima.

The Loxarel venture began when Josep Mitjans in 1985, with only 16 years of age, personally crafted 1,000 bottles of cava. This young man, Josep Mitjans, utilized an ancient bomb shelter in Penedes Vilobí that was active during the Spanish Civil War, providing for perfect crianza ageing conditions for his cava. The Loxarel has been the registered trademark of this winery since 1987 in honor of this feat. The word Loxarel comes from a play on words from the Catalan word Xarel·lo (for Xarel-lo grapes), which is the dominate white grape varietal of Penedès.