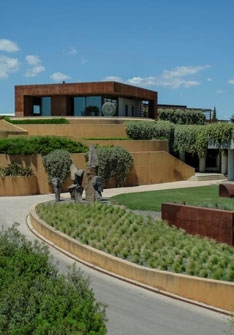 One of the world's most admired wine brands, Bodega Torres recently celebrated its 150th anniversary

The long and storied history of Bodega Torres began in 1870 in Vilafranca del Penedès. Nowadays, the company is directed by the fifth generation of the Torres Family. Truly a success story, suffice it to say that, besides its great popularity among wine drinkers, Torres has repeatedly been voted as “World's Most Admired Wine Brand” by industry professionals.

A key player in the international drinking business, Miguel Torres is the head of a company which sells its products in more than 150 countries under more than 50 different brands. In its native Spain, Familia Torres produces wine in 9 Designations of Origin. Besides, the company is also present in Russian River Valley, California, and in Valle Central, Chile, a country in which it has had a significant impact.

An environmentally conscious company, Torres is particularly concerned about the way in which the wine industry will be affected by climate change. Thus, the company is moving to solar and biomass energy sources in order to reduce its carbon footprint. It has also changed its overall farming approach, implementing mostly organic, non-invasive agricultural procedures. Moreover, it has recovered some ancestral grape varieties, which have proven able to resist the soaring temperatures.

In Spain, Familia Torres owns around 1,300 hectares of vineyards, planted with many different varieties. In its native Catalonia, besides the well-known Carignan, Grenache, Monastrell, Parellada, Sumoll and Xarel·lo varieties, the Ancestral Varieties Project has succeed in recovering Forcada, Querol, Gonfaus, Pirene and Moneu, five hitherto unknown indigenous grapes with an exceptional potential for producing high-quality wines. As for the rest of Spanish regions, Torres grows both local varieties -Albariño in Rías Baixas, Tinto Fino in Ribera del Duero, Tempranillo in Rioja- and international ones, such as Cabernet Sauvignon, Cabernet Franc, Syrah and Riesling.

Bodegas Torres has 5 brands in Spain:

- La Carbonera. A winery in the DOCa Rioja.

- Bodega Magarí. A winery in the DO Rueda.

- Pago del Cielo. A winery in the DO Ribera del Duero.

- Pazo Torre Pénelas. A winery in the DO Rías Baixas.