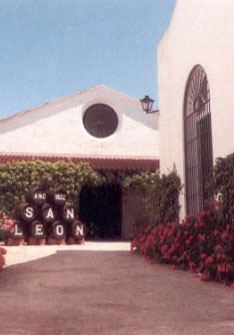 The Jerez wine tradition is very well-represented by the wines of the Bodegas Argüeso winery in Sanlúcar de Barrameda.

The facilities of the Bodegas Argüeso winery have an extension of 13,500 square meters, and they are located at the heart of Sanlúcar de Barrameda. Bodegas Argüeso combines different styles and techniques of winemaking, most of which hark back to the 18th and 19th centuries. León de Argüeso and Argüeso founded the winery in 1822, and because he had no children the winery was passed along to his nephews. They remained the legal heirs of the Argüeso S.A from the year 1925 to this very day.

In honor of the winery's founder the Bodegas Argüeso winery crafted San León, one of Spain's most renowned sherries. Each vintage of this classic sherry is aged for a period of 60 to 90 months and it is crafted from the family’s private reserve.

Amontillado and oloroso, two of the fortified wines of the winery, go through a process of oxidative ageing outside the cellar.