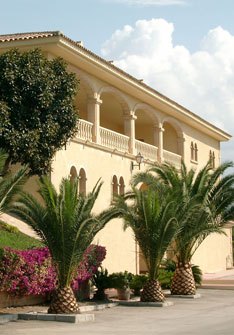 Bodegas Enrique Mendoza is the main reason why the Alicante DO has become so well known. A winery that produces wines with a distinctive Mediterranean character.

Towards the end of the 1970s, Enrique Mendoza undertook the project of crafting wine, at first only for family consumption, in Marina Baixa, a region in southern Spain. Later, Mr. Mendoza's passion for wine lead him to found Bodegas Enrique Mendoza in 1989. Today the winery is under the control of his children, José and Julián.

The Bodegas Enrique Mendoza winery is situated in Alfàs del Pi, in the province of Alicante. Its vineyards grow in plots located at an altitude between 365 and 640 metres above sea level, near the town of Villena.

Comitted to environmentally friendly practices, the winery strictly follows the principles of organic farming and avoids the use of chemical herbicides and pesticides. Hydric stress is routinely monitored to ensure that the grapevines receive the correct amount of water, thus reaching a proper size and an optimal concentration of sugars.