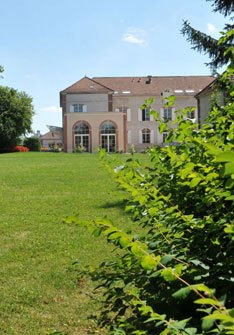 Since 1584 the Gosset winery has been crafting elegant and selective champagnes following their grand tradition that has been passed down century to century.

Since the late sixteenth century in Champagne-Ardenne, one of the most traditional wine regions of France, the Gosset House of Champagne has been crafting brilliant sparkling wines. Originally, Pierre Gosset began crafting red wines in 1584 from his own grapevines situated in Aÿ, in the department of Marne, France. The grand knowledge and innovation of Pierre Gosset was handed down generation after generation and in the early eighteenth century the Gosset winery produced their first champagne. Today, this winery still uses the original bottle design of their very first champagne from the 17 hundreds. All of the champagnes by Gosset are aged for a minimum of 4 years and they are crafted from Pinot Noir, Pinot Meunier, and Chardonnay grapes.

All of the champagne by this winery, Crus de Gosset (Grands Crus and Premiers Crus) from the Department of Marne, always score at or above 95% by the “échelle des crus.”