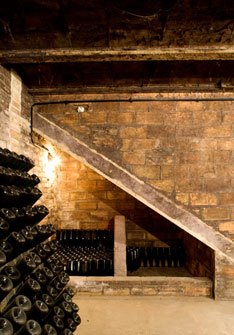 Since 1946, the Mascaró winery has been producing some remarkable wines, cavas, and liquors in Vilafranca del Penedès, Spain.

Since 1997, the Mascaró winery has been run by the third generation of the Mascaró family, at the head of which is winemaker and owner Montserrat Mascaró. The company crafts wines, cavas, and liquors that possess a distinctive, unique style. The Mascaró winery is very well known in Catalonia, as people here have been drinking its wines, cavas and famed brandies for at least two generations. This is a winery that embodies tradition in the best sense of the term. For many Catalan people, opening a bottle of Mascaró is a sort of ritual that brings back fond memories of their grandparents and of the good days of yore.

The Mascaró family owns the “Mas Miquel” estate in Aiguamúrcia, Alt Camp, a region that belongs to the southern Catalan province of Tarragona. Formerly owned by the community based in the Cistercian monastery of Santes Creus, the estate comprises over 170 hectares, of which 35 are vineyards that belong to the Cava and the Penedés D.O.s. of Spain

Mascaró also owns the “El Castell” estate in La Muncia, in the region of Alt Penedès. This vineyard has seven hectares of vines where the winery grows exclusively the white grape varieties that make the Mascaró Brandy: Ugni Blanc, Folle Blanche, and Colombard.

The Cavas from Mascaró are produced in the heart of Vilafranca del Penedès in a modernist-style building designed by Santiago Güell i Grau in 1912. The winery had new underground caves built in 1992, which are connected to the ancient wine cellars at Mascaró. Together they form an intricate network of underground tunnels where the winery ages its sparkling wines to perfection.