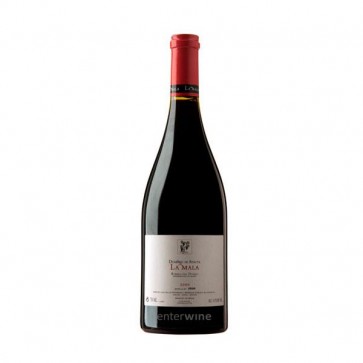 A varietal Tinta Fina wine, the singularity of this product comes from the fact that it is made from grapes coming from over 130-year-old, pre-phylloxeric vines located in the rugged, harsh northern Spanish region of Soria.

The La Mala plot comprises a mere 1.5 hectares of vines planted on sandy-limestone soils. Because of their antiquity, those venerable plants are almost fused with their environment. Thus, this wine conveys a unique sense of terroir.

Crafted by the Atauta winery, the grapes were harvested by hand, selected in the vineyard and brought to the cellar in little, 12-kilogram boxes.

After that, the grapes were destemmed and, without being crushed, they were pre-fermented in stainless steel tanks for over a period of 7 days.

Then the grapes were crushed and fermented at a controlled temperature.