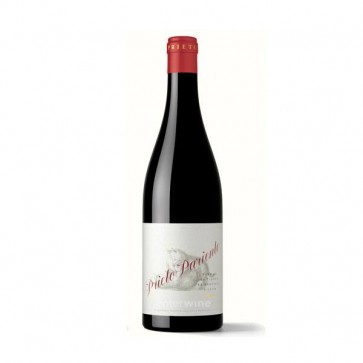 A varietal Grenache, the grapes are sorted from two old vineyards located in the villages of Cebreros and San Bartolomé de Pinares, in the area of Sierra de Gredos, one of Spain's most celebrated wine producing regions. The vines, planted in 1922 and 1935, grow in slate and granite soils.

Separately harvested and vinified, the grapes were fermented in trunk-cone shaped stainless steel tanks under controlled temperature. After that, this Spanish red wine marketed under the designation VT Castilla y León was transferred into 500-litre French oak barrels, where it completed malolactic fermentation and was aged for 11 months.

After that, Los Confines de Prieto Pariente 2018 was bottled and aged for a further 9 months before its commercial release.

Decant this Crianza red wine some time before drinking.