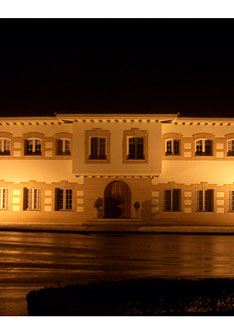 The philosophy of the Avelino Vegas winery is to look towards the future, without forgetting the lessons from the past.

Founded in 1950 by Avelino Vegas, today the winery is run by the next generation of Avelino Vegas' family, namely his son and his daughter in law. Besides, the third generation of the family is already making their first steps in the business, so generational continuity is ensured.

The Avelino Vegas winery crafts its white wines in the Rueda DO. The company owns very old vineyards in the Segovia province, as well as in Valladolid. Grown in trellises, all of the vines are harvested by night to prevent oxidation and undesired prefermentation.

The red wines are produced by the Bodega Fuentespina winery in the Ribera del Duero DO, while the rosé wines are crafted in the Cigales DO. The vinification processes of these wines are as brief as possible to preserve the natural aromas and freshness of the grapes. The philosophy of the Fuentespina winery by Avelino Vegas is to craft high quality wines with a distinctive expression of their terroir. This winery also has a grand stock of French and American oak barrels. Some of them are new, while others are reused. None of the barrels is above five years old.