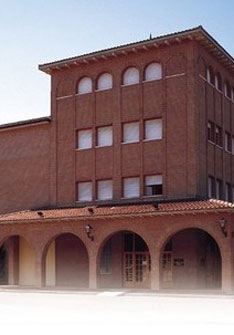 The Bodegas Aragonesas winery has the most vineyards of any winery in the Campo de Borja DO of Spain.

With 3,500 hectares of grapevines, the Bodegas Aragonesas winery has vineyards spread through the majority of the Campo de Borja DO. These vineyards are spread through a host of terroirs that follow the foothills of the Iberian Mountain range to the northernmost regions of the Zaragoza province. The majority of these grapevines have a southeast orientation and sloping soils.

One of the grand Grenache wines of the Bodegas Aragonesas winery is Fagus, which is a single varietal Grenache Noir. This winery also has the Coto de Hayas series which is a Grenache Noir dominated red wine blend crafted along with Tempranillo, Cabernet Sauvignon, and Syrah.