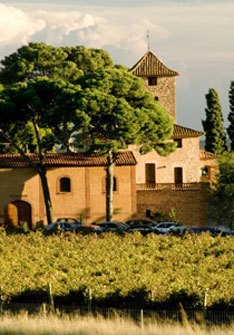 Since the mid-nineteenth century, the De Muller winery has been producing wines and fortified wines that have earned world prestige. De Muller crafts round and expressive wines along with liquors, sweet wines, vermouth, and Mass wines.

In the mid-nineteenth century, August de Muller and Ruinart de Brimont, member of a distinguished family of Alsatian winemakers, founded the De Muller winery. Soon known for the quality of its artisan wines, the winery belonged to the De Muller family until 1995, when it was sold to the Martorell family. In 1999, the De Muller winery acquired the Cochs S.A. distillery and began producing "Vermut de Reus", which is a typical Spanish Vermouth with a tradition dating back more than one hundred years.

All of the wines by the De Muller winery are produced following a long and well-established tradition. Gemma Martínez, the current enologist of the De Muller winery, has crafted over 25 different vintages. Though she always keeps an eye on the past, Gemma is also renowned for being a pioneer in the World of Wine, always exploring new vinification styles and using the latest technologies.

One distinguishing feature of the production of De Muller are its "Solera" wines. This Spanish white wine is crafted from a coupage of Muscat, Grenache and White Grenache, aged in rows of different-aged vats. The process begins with the wine aging in French oak barrels. After a series of transfers, the last stage is the ageing of the "Solera" wine in ancient sherry casks, the oldest of which dates back to 1851.