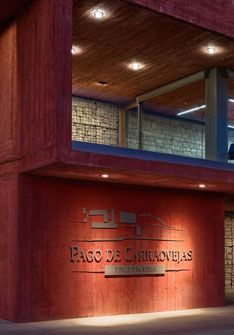 Combining tradition and innovation, the Pago de Carraovejas winery produces some of the finest, most highly regarded wines in Ribera del Duero.

In 1982, José María Ruiz opened the "José María" restaurant in Segovia. Back in those days, the quality of the wines served in the Castilian inns was less than spectacultar. However, Mr. Ruiz had always been a firm believer in the potentiality of the Ribera del Duero region. So, since the day he opened his restaurant, he cherished the idea of creating the ideal wine to pair with the world-famous Spanish "cochinillo" (roast suckling pig).

In 1987, Mr. Ruiz and a group of fellow winelovers bought a 60-hectare estate and founded the Pago de Carraovejas winery in Peñafiel, a town belonging to the province of Valladolid, at the heart of the Ribera del Duero.

Peñafiel is a place that enjoys near ideal conditions for growing grapes. There, Tinta Fina (aka Tempranillo) reigns supreme. Grown on trellises and drip-irrigated, the vines are located at an altitude of 750 metres above sea level and are planted on gentle hills oriented to the southwest. The soils are composed mainly of sand, limestone and rocks.

Wanting to distinguish his products from the rest of the wines produced in the region, though, Mr. Ruiz decided to craft Pago de Carraovejas' wines not only from Tinta fina, but from a blend of Tinta Fina and Cabernet Sauvignon. Moreover, together with winemakers Tomás Postigo and Emilio Arranz they also pioneered the use of French oak barrels in the region. Finally, all their efforts came to a fruitful end in 1991, when the Pago de Carraovejas winery released its first vintage to great commercial success and critical acclaim.

Nowadays, the-state-of-the-art winery facility covers an area of 14,000 square meters. There, Pago de Carraovejas produces wines which express the Ribera del Duero terroir with unparalleled finesse. The jewels of the winery are Añejón and Cuesta de las Liebres, two grand crus in their own right and, arguably, two of the best wines produced in the whole of Spain.