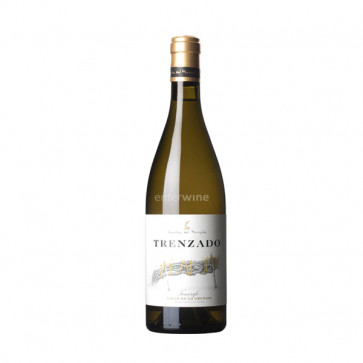 It is made basically from Listán Blanco, with a 6% of Pedro Ximénez and a 4% of other white varieties.

The grapes were sourced from vines trained with the traditional cordón trenzado system (an expression which literally means "braided cord"). Located at 300 to 500 metres above sea level, the ungrafted vines, some of which are over 100 years of age, grow in deeply mineral soils of volcanic origin.

Hand-harvested, the grapes were selected on site, selected again on arriving at the cellar and gently pressed. Then 60% of this white wine from Valle de la Orotava (Tenerife) was transferred into 2nd and 3rd year French oak barrels, and the rest went into concrete vats. Alcoholic fermentation happened with no external intervention, and lasted for three weeks.

After that, the malolactic conversion took place in oak vats, in which Suertes del Marqués Trenzado 2021 was subsequently aged for 8 months.

Additional Information
Additional Information
Reviews
1 Review
terrific wine
Value
Another great wine from Tenerife, kind of a cross between Riesling and Jerez. Terrific. Just keep'em coming!
Review by Jed Morton (Posted on 1 July 2021)
Write a review
This websites use cookies. By continuing to browse the site you are agreeing to our use of cookies.
Accept More information